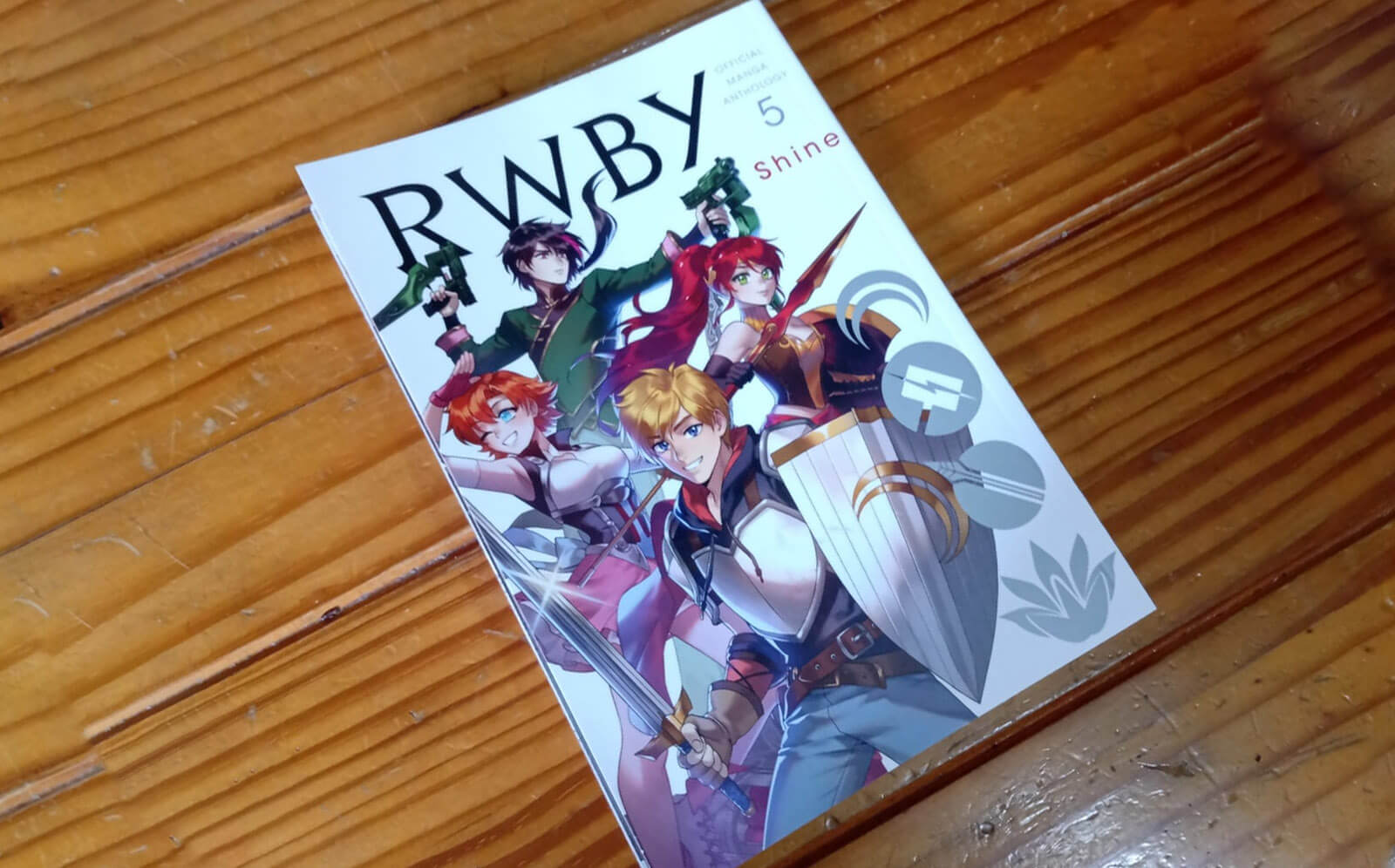 A promise is a promise and today I bring to you the review I promised to write about the fifth volume of the manga series RWBY: Official Manga Anthology, which is named Shine! This volume is entirely dedicated to team JNPR (Juniper) from the universe of RWBY (Ruby). Who the heck are these? You might ask! Well, we can say that they are, maybe, the most beloved secondary characters from a series! So beloved that they got a manga entirely dedicated to themselves! Thank you Rooster Teeth and VIZ (media & signature) for this work!

Like in the first 4 volumes of the manga, the fifth one is a compilation of stories that would be happening between the moments and episodes that, theoretically, are not on screen during the animation. Different from the first ones, that would take place during the Beacon era, some of the stories in Shine take place in different moments, some after the fall of the school that trained our favorite huntsmen and huntresses; however, some of these stories are connected to the beginning of the show, too. It’s worth mentioning, they’re all fanfictions and have a small amount of fanservice made by fans for fans, revised by the writers of the show – which doesn’t stop the reader to let their imagination play with these plots and get involved with them like they were little pieces of the main arc of the series.

I must confess that this volume is my favorite one so far, although I loved I Burn and From Shadows, Shine holds a very especial place in my heart because many of the stories and arts made by the mangakas show our beloved and missing, Pyrrha Nikos, interacting with our dear Jaune (Arc). It’s impossible to read these little stories without shedding some tears (especially In Memoriam), where we see a beautiful scene between Jaune and (Lie) Ren, both remembering the lost JNPR had during the fall of Beacon. Message is another one that made me cry my eyes out because of the allusion it made to a very strong scene from the forth volume of the show, when Jaune is rewatching a certain video in his scroll (I don’t want to give any spoilers away here, so check the series out if you’re curious). Thank you so much, Meteo and Lowah!

Beyond those beautiful moments, we have many doodles and cartoons made by A G Nonsuch, mojojoj and Eunnie which bring a funny and comic tone to this work. I laughed a lot reading many of these, especially in Cat Bread, Beyond the Door, Locker 636, Training.png, Dumb Jaune.png, Renora.png, Movie Tickets, Dishes and Pose. It’s difficult to pick a favorite, so I thought it was better to leave here all the ones that made me laugh, although I must say that they are all funny!

The manga opens up with amazing illustrations of Sai Izumi, Uyalago, Yuji, Isshiki and it starts with Nora’s Pet, entirely colored and drawn by Kuma. Not only these artists, but many others were involved in this project and left their mark in this fantastic work, like Mugupo in Cupid Relay, Tsutanoha in Brave, Rojine Kio in Don’t Worry Too Much, amongst many others who also contributed with astonishing pieces of art which were put in between the cartoons, doodles and the stories. If I were to list everyone involved in this project, this post would turn into a bible, so I apologize if I didn’t put every single name here, but I want to make clear that I loved everyone’s job and the dedication they put into their art and this work! <3

The finishing quality, the colors and the paper material are magnificent, just like the previous volumes. The cover art was made by the amazing Ein Lee – she’s the one who designs the characters since the beginning of RWBY. In the end of the manga, there are messages from the voice actors, with beautiful tributes to the charcaters and, especially, to the dear Monty Oum. Big shout out to all the artists involved and the amazing content you’ve pulled out in this astonishing acquisition. Now we can only wonder if we’re getting another volume dedicated to the villains or maybe they will surprise us with something completely out of the blue! I’m still looking forward for a Zwei manga! Maybe one to CFVY and SSSN?! Or to Ozpin and Salem?! Okay, I think you got the idea, I truly love this show!

I recommend Shine to every one who wants to get into RWBY in a fun and light way, although prepare yourself for spoilers. I recommend watching, at least the 3 initial volumes of the animation before reading this manga, but if you don’t care about spoilers this might be a nice option, too. The manga can turn you to watch the show and try to find out what happened to the characters before and what’s to come next. Check out the other posts I wrote about RWBY here on the blog, the videos and the podcast that’s about to come out. I believe that all this might get you curious to enter in this vast and rich universe that is Remnant, and follow the adventures of team RWBY and their friends! 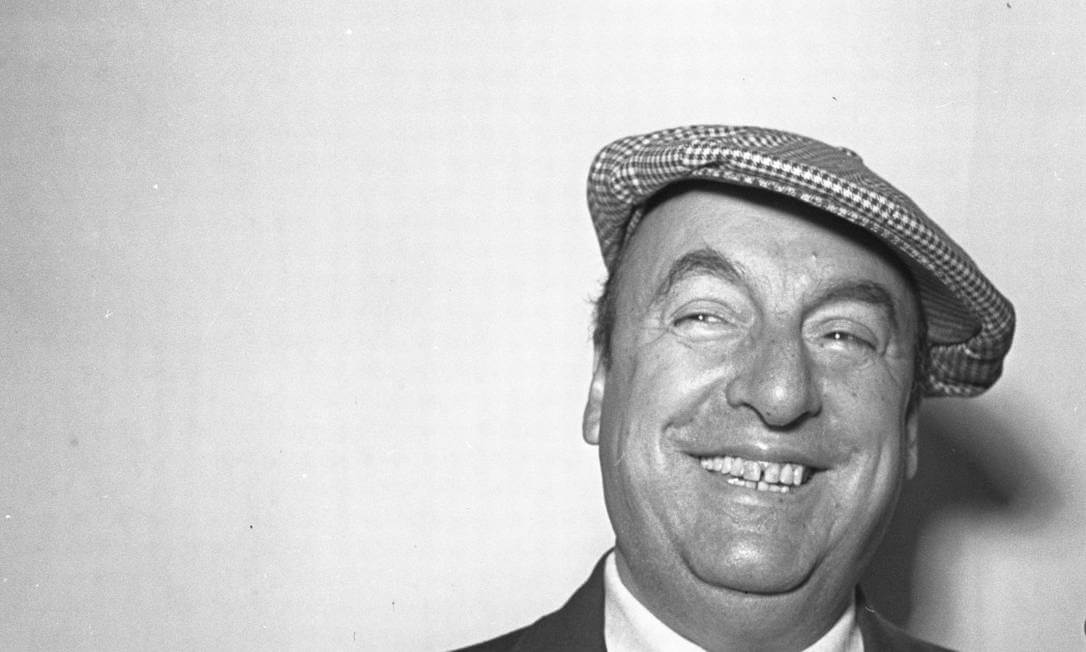 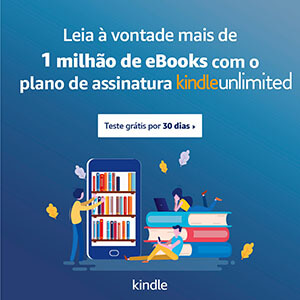